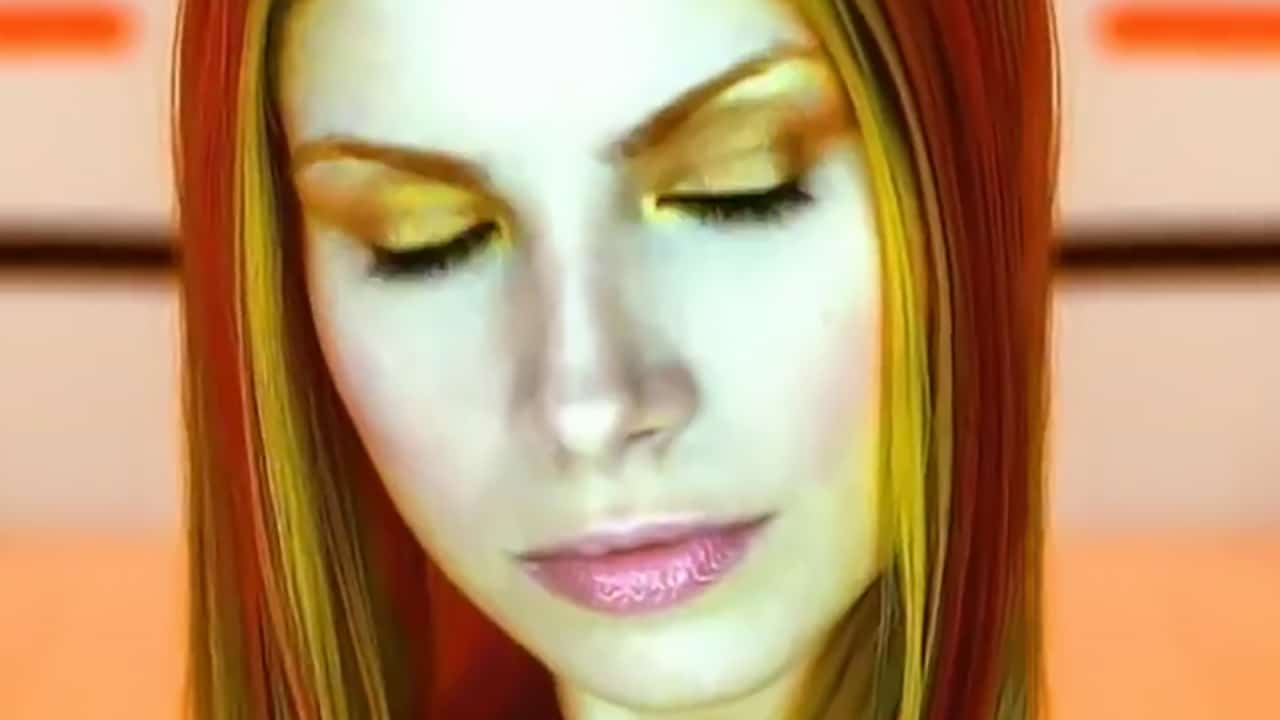 "Smile" is the debut single by Vitamin C released in 1999. It was the first single released from her eponymous debut solo album. The song features vocals from reggae singer Lady Saw.

The single went Gold in the U.S., as certified by the RIAA for sales in excess of 500,000. The song became her first hit off her platinum-selling debut album.

The music video takes place in a multi-colored Sam Goody CD store which has several motifs from the album art. Lady Saw plays a DJ in the video, while Vitamin C dances with a few backup dancers to the song ("Smile") that Lady Saw is playing. The video was directed by Christopher Erskin.

Vitamin C is the self-titled debut studio album by pop singer Vitamin C, released in 1999. The album was a runaway success. Initially failing to chart, it later climbed the Billboard 200 to number 29 and was certified as Gold and later certified Platinum by the RIAA. Japanese edition featured the song "The Only One" as a bonus track.

In 1999, Fitzpatrick embarked on a solo career under the name Vitamin C, releasing her eponymous debut album Vitamin C (1999), which was certified as Gold and later Platinum by the RIAA. Singles from the record include "Graduation (Friends Forever)" and her most successful hit, the Top 20 Gold certified "Smile".

Her second album, More (2001) spawned several singles, including "As Long as You're Loving Me" and "The Itch".

Mattel released a Vitamin C doll in 2000. She was a video game character in the game EA Sports Triple Play by EA Sports. Vitamin C has her own Tommy Hilfiger lipstick color developed after her signature yellow and orange hair.

On March 21, 2012, Fitzpatrick was appointed as Vice President of Music at Nickelodeon.