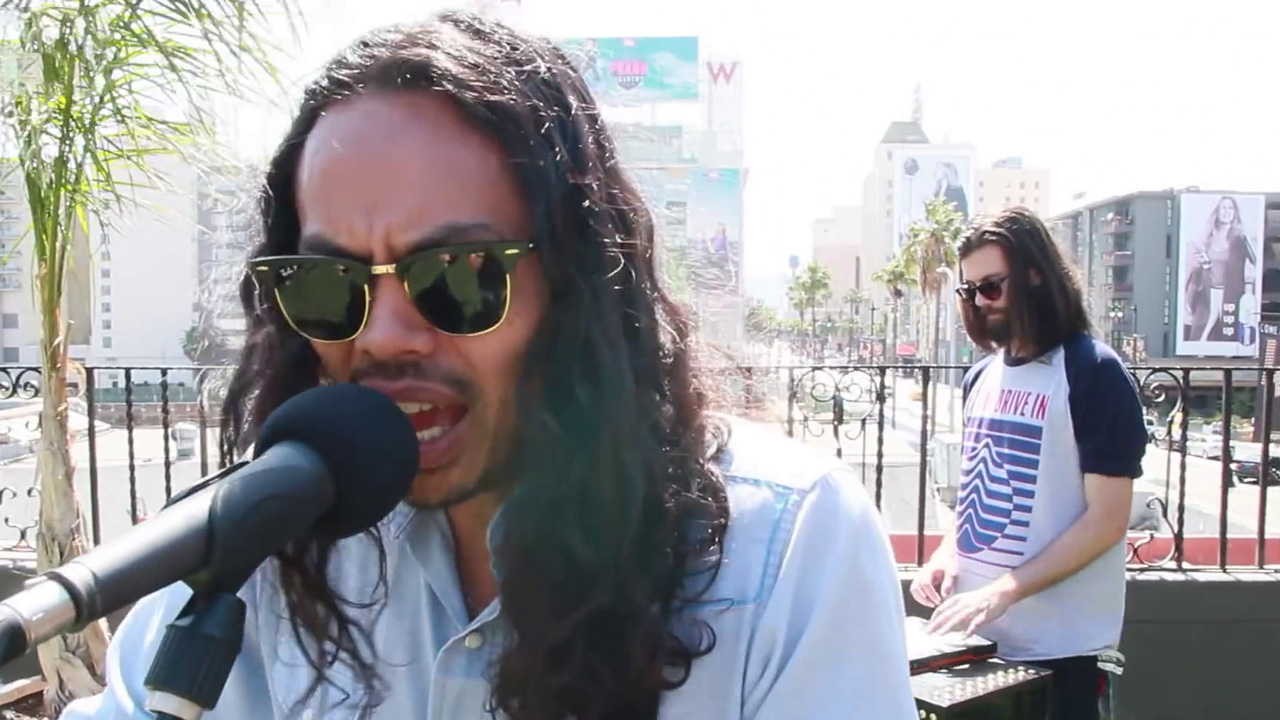 The Temper Trap - What If I'm Wrong

Thick as Thieves is the third studio album by Australian indie-alternative rock band The Temper Trap.

It was produced by Rich Cooper and Damian Taylor. The album was released on 10 June 2016, by Liberation Music in Australia, by Infectious Records in the United Kingdom, and by Glassnote Records in the United States, and is the first to be co-written by the band with outside personnel. Thick as Thieves also marks the first album by the band without guitarist and founding member Lorenzo Sillitto, after his departure in late 2013.

Serving as a follow-up to their experimental, self-titled second studio album, Thick as Thieves reverts to a guitar-oriented sound reminiscent of their debut album, with lyrics inspired by various experiences by members of the band. Recording and production started in early 2013 at Byron Bay. The band changed their traditional method of song writing for Thick as Thieves, moving from development of ideas utilising jam sessions, to a streamlined process using various ideas by band members.

Stumped by the departure of Sillitto, and fluctuating frequently between recording and touring, however, development spanned three years, mostly recorded with Taylor and engineer Russel Fawcus at the band's private studios in London in late 2014 and early 2015. Initially, finishing touches were recorded at Taylor's Golden Ratio Studios in Montreal in April 2015, but after numerous delays, even after initially tracking the album in April 2015, recording on the album was eventually completed in October 2015.

With its release formally announced in April 2016, the album was preceded by the appearances of title track "Thick as Thieves", and fifth track "Fall Together" on singles, in February and April 2016, respectively. Further promotion included a low-key headlining tour and an extensive festival tour in mid-2016 of Asia, Australia, Europe and the United States, and later an extensive tour of North America in late 2016.

Upon release, Thick as Thieves was met with lukewarm positive reviews, though an improvement on the reception of the band's previous album. Critics mostly agreed on the quality of the album's sound and production, with a volume of praise being directed at lead singer Dougy Mandagi's vocals, but were otherwise divided on the album's lyricism and the lack of deviation from the band's previous material. In addition, Thick as Thieves topped the ARIA Albums Chart in the week of its release – the band's second album to do so.

The Temper Trap is an Australian indie rock band formed in 2005 by Dougy Mandagi, Jonathon Aherne, and Toby Dundas.

In 2008, the group relocated from Melbourne to London. The band released their debut album Conditions in June 2009 to favourable reviews and commercial success; it peaked at No. 9 on the ARIA Albums Chart and into the top 30 on the UK Albums Chart. Its lead single, "Sweet Disposition", peaked in the top 10 on the Belgian, Irish and UK Singles Charts and reached No. 14 on the ARIA Singles Chart.

At the ARIA Music Awards of 2010 in November, The Temper Trap won Best Group and Most Popular Australian Single for "Sweet Disposition". Their eponymous second album was released in late May/early June 2012 under Liberation Music (AUS), Infectious Records (UK) and Glassnote Records (US).

The album won the band Best Rock Album, and they also won Best Group at the 2012 ARIA Awards. In October 2013 guitarist Lorenzo Sillitto left the band, during the recording of the third album.

Feelings that everyone's livin,'
To a different kinda wall.
I feel nano sense skipping,
Tangled up in my own thoughts.

'Harley on', they're just rainin',
Rest their motto, "Wha' we got?".
Try to look into the mirror,
Scared of what I may find out.

I must believe, I must bel-ie-ve.
I need to live, Not just exist.

Why must these 'specials', have feelings,
Why must I live in inside.
I wrestle with my raging ailing,
Lately, I have lost my fire.

I must believe, I must bel-ie-ve.
I need to live, Not just exist.

What if I'm wrong, Is the water so warm?
It's all that I know, What have we sold?

The Doors – Riders On The Storm