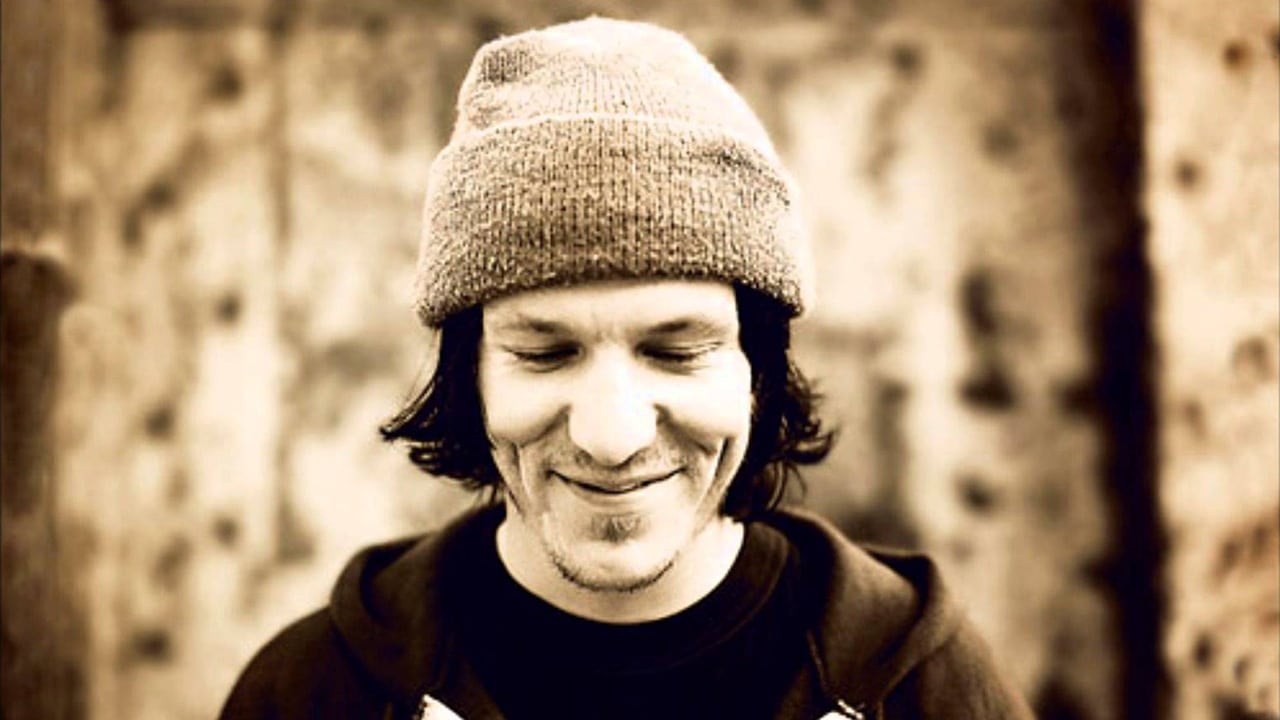 Elliott Smith - Needle In The Hay

"Needle in the Hay" is a song by American singer-songwriter Elliott Smith. It was released on January 1, 1995 by record label Kill Rock Stars as the sole single from his second studio album, Elliott Smith.

Trumpet and harmonica were recorded for the song but were omitted from the final mix. A mix featuring the extra instrumentation was released in March 2012.

Elliott Smith is the second studio album by American singer-songwriter Elliott Smith. It was recorded from late 1994 to early 1995, and released on July 21, 1995, through Kill Rock Stars, his first album on the label. It was preceded by the single "Needle in the Hay", released in early January.

After being impressed by Smith, Mary Lou Lord invited him to tour with her, and helped him to sign to Kill Rock Stars.

The album is of a similar musical style to Roman Candle in its minimalist, acoustic folk sound. Smith mostly appears alone on his acoustic guitar, although he is occasionally backed up by the odd musical instrument, such as a harmonica and drums.

Rolling Stone described the album thus: "the music burrows, digging up gems of structure, melody and lyrical vividness that belie his naïve delivery [...] the sound is hummable pop, slowed and drugged, with tricky but unshowy guitar work driving the melodies forward".

The album's lyrics contain many references to drug use, which Smith claims are metaphorical. The album cover features a photograph by J. J. Gonson, who also photographed the cover for Roman Candle, depicting cut-out figures falling from buildings as if they were committing suicide.

Thematically, Smith said that he "personally can't get more dark" than his self-titled album.

Steven Paul "Elliott" Smith (August 6, 1969 – October 21, 2003) was an American singer, songwriter, and multi-instrumentalist. Smith was born in Omaha, Nebraska, raised primarily in Texas, and lived much of his life in Portland, Oregon, where he first gained popularity. Smith's primary instrument was the guitar, though he also used piano, clarinet, bass guitar, drums, and harmonica. Smith had a distinctive vocal style, characterized by his "whispery, spiderweb-thin delivery", and used multi-tracking to create vocal layers, textures, and harmonies.

After playing in the rock band Heatmiser for several years, Smith began his solo career in 1994, with releases on the independent record labels Cavity Search and Kill Rock Stars (KRS). In 1997, he signed a contract with DreamWorks Records, for which he recorded two albums. Smith rose to mainstream prominence when his song "Miss Misery"—included in the soundtrack for the film Good Will Hunting (1997)—was nominated for an Oscar in the Best Original Song category in 1998.

Smith was a heavy drinker and drug user, and was also diagnosed with attention deficit hyperactivity disorder (ADHD) and major depressive disorder. His struggles with drugs and mental illness impacted his life and work, with these topics often appearing in his lyrics.

In 2003, aged 34, he died in Los Angeles, California, from two stab wounds to the chest. The autopsy evidence was inconclusive as to whether the wounds were self-inflicted or the result of homicide. At the time of his death, Smith was working on his sixth studio album, From a Basement on the Hill, which was posthumously completed and released in 2004.

Smith died on October 21, 2003 at the age of 34 from two stab wounds to the chest. At the time of the stabbing, he was at his Lemoyne Street home in Echo Park, California, where he lived with his girlfriend, Jennifer Chiba. According to Chiba, the two were arguing, and she locked herself in the bathroom to take a shower.

Chiba heard him scream and upon opening the door saw Smith standing with a knife in his chest. She pulled the knife out, after which he collapsed and she called 9-1-1 at 12:18 p.m. Smith died in the hospital with the time of death listed as 1:36 p.m.

A possible suicide note, written on a Post-it note, read: "I'm so sorry—love, Elliott. God forgive me." The name "Elliott" is misspelled as "Elliot" in the coroner's report of the note, but not on the Post-it. While Smith's death was reported as a suicide, the official autopsy report released in December 2003 left open the question of homicide.

According to Pitchfork, record producer Larry Crane reported on his Tape Op message board that he had planned to help Smith mix his album in mid-November. Crane wrote, "I hadn't talked to Elliott in over a year. His girlfriend, Jennifer, called me [last week] and asked if I'd like to come to L.A. and help mix and finish [Smith's album] . I said 'yes, of course', and chatted with Elliott for the first time in ages. It seems surreal that he would call me to finish an album and then a week later kill himself. I talked to Jennifer this morning, who was obviously shattered and in tears, and she said, 'I don't understand, he was so healthy.'"

The coroner reported that no traces of illegal substances or alcohol were found in Smith's system at the time of his death but did find prescribed levels of antidepressant, anxiolytic, and ADHD medications, including clonazepam, mirtazapine, atomoxetine, and amphetamine.

There were no hesitation wounds, which are typical of suicide by self-infliction. Due to the inconclusive autopsy ruling, the Los Angeles Police Department’s investigation remains open.